as our silver sponsor

hosted at the stunning offices of Keltie LLP

I am delighted to announce that Boston College’s Global Leadership Institute will be one of our sponsors for our Inaugural General Counsel Summit.

My thanks in particular to Dr. Robert Mauro founding director of the Global Leadership Institute.

The Global Leadership Institute at Boston College offers dynamic programming for professionals looking to expand their areas of expertise and meet other like-minded individuals.

Through our custom designed and open enrollment programming, the Global Leadership Institute empowers you to reflect on your career, connect with influential leaders in the field, enhance your skills, and learn cutting edge techniques.

At our beautiful location on St. Stephen’s Green in the heart of Dublin, Boston College faculty offer the same high quality academic sessions our participants have come to expect in GLI programs.

Participants in GLI Europe programing will engage in short, weekend programs that are suited for the lives of busy professionals. This intensive program will ensure an efficient and educationally benefical experience.

We at the Global Leadership Institute are experts at designing custom programs to serve the needs of our students and partner organizations.

We closely follow trends in domestic and global social, political, and economic circumstances to identify ways in which we can help our participants achieve their professional goals. Working across a wide range of industries and businesses, we create engaging programs that connect our participants with leaders both in and out of the classroom.

As director of the GLI, Dr. Mauro is responsible for delivering certificate programs for executives at Boston College in Chestnut Hill and GLI offices in Dublin and Dubai.

Before coming to Boston College Dr. Mauro completed his PhD (The Practice of Ideology, 2009) in Political Science and undertook a post-doctoral research fellowship in the Institute for British-Irish Studies (IBIS) at University College Dublin (UCD).  While there he worked on a project, titled Breaking the Patterns of Conflict: The Irish State, the British Dimension, and the Northern Ireland Conflict, a comprehensive oral history of policy makers involved with Northern Ireland peace process from the Sunningdale Agreement to the St. Andrews Agreement.

Dr. Mauro has extensive experience in university administration and a deep interest in entrepreneurial practices, which he has deployed over the first year of the GLI’s operations.  During the past five years as director of the Irish Institute, Dr. Mauro designed and implemented professional education programs for developing and senior leaders in Ireland and Northern Ireland. These programs hosted over 600 participants from fields as diverse as business and innovation, policy, science and technology, and bureaucracy.

In addition to his work at Boston College, Dr. Mauro is active in ensuring that Boston College is well connected to the community.  He is past-President of Irish Network Boston, a Director of the Wild Geese Network of Irish Scientists, a board advisor to both The Frederick Douglass- Daniel O’Connell Project the Gaelic Players Association New England. Dr. Mauro received a “Top 40 Under 40” in Irish-America award in 2013; and in 2015 was named to the Top 100 Irish Academics list.

we are organizing a very special and unique event; our Inaugural General Counsel Summit in London.

Our 12 wonderful guest speakers have each very kindly agreed to give us a TED style TALK about their personal career journey.  It promises to be a fun and inspirational afternoon.

Guest Speakers at our GC Summit 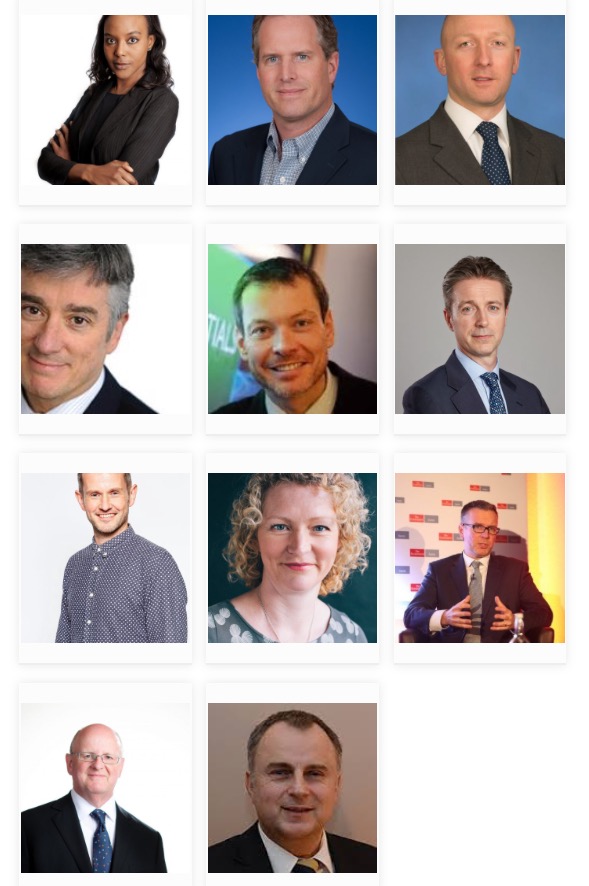 I am also delighted that the Emmy nominated journalist and filmmaker (Shaunagh Connaire) will be our guest speaker and give us a Talk about her career journey.

Shaunagh reports for Channel 4’s critically acclaimed foreign affairs series Unreported World and their flagship show Dispatches. In 2014 she travelled to Sierra Leone and filmed in the epicentre of the deadliest Ebola outbreak ever recorded. The resulting film was nominated for an Emmy award and won the prestigious Columbia DuPont award. Shaunagh also did TEDx talk in 2015 about her experience as the first filmmaker to cover the Ebola crisis.

In 2015 she went undercover into China and worked with LGBT activists to expose clinics who were offering conversion therapy and sometimes even electric shock therapy as a so called cure for homosexuality. In 2016 she was the first ever reporter to make a film in Iran for Unreported World. Shaunagh’s most recent film explores the plight of LGBT refugees who have escaped persecution in Syria and Iraq only to find they’re exposed to the same levels of homophobic abuse in Europe.

Shaunagh has produced and directed for BBC 1, BBC World, CNBC International and regularly produces debates alongside the World Economic Forum in Davos. Shaunagh’s work has been published in the Guardian, the Telegraph, Elle Magazine and The Irish Times. Before pursuing a career in journalism Shaunagh trained as an accountant with KPMG in Ireland.

If you are interested in watching Shaunagh’s powerful TED TALK, you can do so by clicking on the link below:

This will be a small intimate invite-only event.

If you would like to receive an invitation to join us, please drop me a line.

It will be FREE to attend if you are a UK based lawyer.  If you are an over-seas lawyer and would like to join us, please drop me a line and I can provide you with the registration details.

I look forward to hearing from you.