An Evening with Bjarne P. Tellmann in Dublin 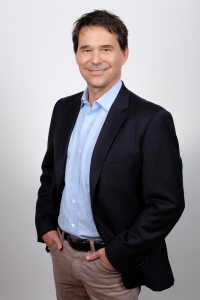 On 18 February, we will be kicking off our series of Talks for 2019 with a phenomenal guest speaker.

I am delighted to announce that Bjarne P. Tellmann will be joining us from New York for a fireside chat about his personal career journey, leadership, lessons learned and his highly acclaimed book “Building an Outstanding Legal Team: Battle-Tested Strategies from a General Counsel”.

In 2015, Bjarne was our terrific guest speaker at the New York chapter of the Lawyers’ BD Club.  As one of our guests commented “Bjarne is completely inspirational – clearly incredibly intelligent, thoughtful, passionate and driven, yet with a humble approach to his success which was very compelling and thought provoking.“

Our event next month will be sponsored by Hunter Savage, one of Ireland’s leading recruitment firms, in the beautiful Merrion Hotel.  It promises to be a very informative, entertaining and enjoyable evening.

If you would like to receive an invitation, please feel free to email me. It would be great to see you then and catch up.  Places will be offered on a first-come first-served basis.

Bjarne Philip Tellmann is Chief Legal Officer and General Counsel of Pearson and a member of its Executive team. At Pearson, Bjarne leads a team of approximately 150 people on six continents across the company’s legal, compliance, security and company secretary functions.

Prior to Pearson, Bjarne worked across Europe, Asia and the United States in various capacities with CocaCola, most recently as Associate General Counsel of The Coca-Cola Company. He has also held various legal positions at Kimberly-Clark and the law firms of Sullivan & Cromwell LLP and White & Case LLP.

Bjarne is a Fellow of the American Bar Foundation, a leading research institute for the empirical and interdisciplinary study of law and he writes regularly on legal issues. His book, “Building an Outstanding Legal Team: Battle-Tested Strategies from a General Counsel” (Globe Law and Business) was published in May 2017. He also co-authored “The Relationship Between the Legal Department and the Corporation” in “Successful Partnering Between Inside and Outside Counsel” (Robert L. Haig ed.) (Thomson Reuters & ACC, 2018). Recent articles include “Technology and Innovation in the In-House Context” Modern Legal Practice, Vol 2, July 2017 (Globe Law and Business) and a monthly column in the ACC Docket during 2017 entitled “Career Paths”.

Bjarne serves on the board of Hire an Esquire, an innovative, technology-driven online legal recruiting and staffing business. He also sits on The University of Chicago Alumni Board and its Law School Council, as well as on the Editorial Board of Modern Legal Practice.

Bjarne is an alumnus of various universities, including Harvard Business School (AMP), The University of Chicago Law School (JD, with Honors), and The London School of Economics (MSc).

Prior to his studies, Bjarne was a professional actor, having appeared in several Norwegian and Swedish films and TV shows. He is a dual US/Norwegian citizen.

“Hunter Savage is a niche recruitment consultancy with offices in Belfast and Dublin. We believe in adopting a personal approach, tailored to the candidates and employers we work with. We work with ambitious individuals and employers, getting to know them in detail and helping to put together perfect partnerships.”